wtsklient.hu News Tax law judgment on chain transactions based on new case ruling by Court of Justice of European Union

In previous articles we reported on important judgments by the Court of Justice of the European Union that may influence Hungarian tax authority practices as well. Such issues included the rulings on leasing VAT or reverse charging. In recent months the Court of Justice of the European Union has again reached decisions in a number of important cases, which are worth taking a closer look at. The judgment made on 21 February 2018, and reviewed in this article, details which transactions VAT exemption must be applied for in the case of chain transactions, and whether incorrectly charged input VAT can be deducted.

In case no. C‑628/16, which provides a new reference for tax law rulings on chain transactions, BP Marketing GmbH a German taxpayer, sold petroleum products to BIDI Ltd., a company registered for VAT in Austria. After being paid in advance, BP Marketing provided BIDI with collection numbers and collection permits for the petroleum products in question. BIDI undertook towards BP Marketing that it would deal with the transport of those products fromGermany to Austria.

BIDI, however, resold the goods to Kreuzmayr GmbH (also an Austrian taxpayer) without informing BP Marketing, agreeing that Kreuzmayr would arrange for the transport of the petroleum products from Germany to Austria, which Kreuzmayr did. BP Marketing regarded its supplies to BIDI to be exempt intra-Community supplies, while BIDI invoiced the supplies to Kreuzmayr with Austrian VAT. Kreuzmayr then used the goods for its taxed transactions and deducted the previously charged input VAT.

However, during a tax audit it emerged that BIDI had neither declared nor paid the Austrian VAT, which Kreuzmayr was not aware of. BIDI justified this by claiming that the supplies to Kreuzmayr had been invoiced in Germany, therefore they were tax-exempt and as such were not taxable in Austria. Following the audit, BIDI issued amended invoices for Kreuzmayr without VAT, but did not compensate Kreuzmayr for the VAT previously paid, as it became insolvent.

The case passed through several Austrian courts until finally the Austrian Federal Finance Court turned to the Court of Justice of the European Union. Their question to the Court, in brief, was which of the two transactions in the given case (i.e. the one between BP Marketing and BIDI, or the one between BIDI and Kreuzmayr) was VAT exempt, and whether the VAT incorrectly deducted by Kreuzmayr could in fact be deducted considering the principles of tax exemption and the protection of legitimate expectations.

In the judgment of the court in this case, exemption can be applied to the second transaction because, according to the reasoning, the second transfer of the owner’s right over the products took place before the intra-Community transport occurs, in other words BIDI already held the owner’s rights over the products before they were transported from Germany to Austria.

With regard to the other question, the Court stated that where the second supply in a chain of two successive supplies involving a single intra-Community transport is an intra-Community supply, the principle of the protection of legitimate expectations must be interpreted as meaning that the person ultimately acquiring the goods, who wrongly claimed a right to deduct input VAT, may not deduct, as input VAT, the VAT paid to the supplier solely on the basis of the invoices provided by the intermediary operator which incorrectly classified its supply. It is important to note, though, that in the Court’s opinion Kreuzmayr may request the repayment from BIDI of the tax paid unduly to BIDI.

This legal case reaffirms how you must pay attention to detail in case of chain transactions: you always need to be aware if you are part of a chain transaction, and you must know the transporter of the goods as well as the tax numbers provided by each participant during the transaction. Only in possession of this information can you determine whether the VAT was handled properly.

WTS Klient Hungary will gladly assist you in identifying participants of even very complex chain transactions during a preliminary VAT consulting session. We can also help you negotiate with logistics companies and assess the applicable tax burden in advance in consultation with the buyer. Feel free to contact our tax consultants, we’re here to help! 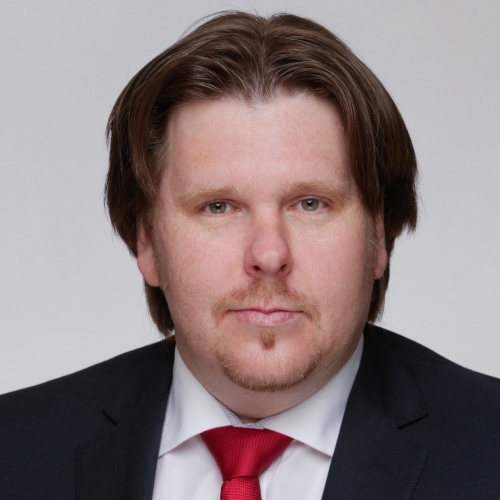