wtsklient.hu News Sanctions of the new Hungarian Act on Rules of Taxation I – Tax penalty and late payment interest 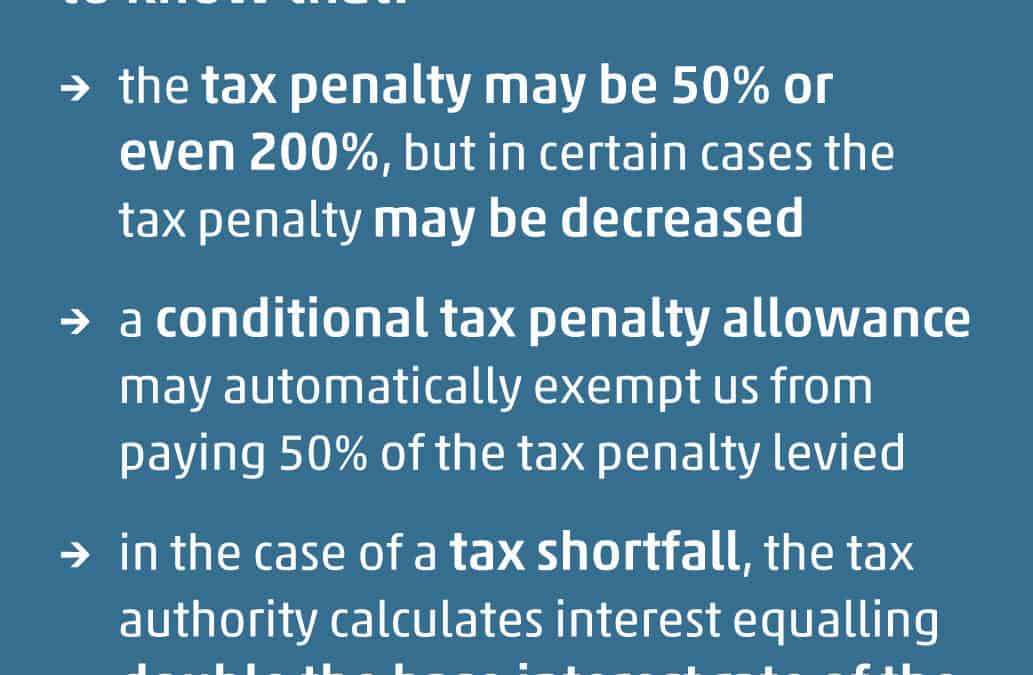 In several of our previous articles (e.g. here and here) we have discussed the provisions of the new Hungarian Act on Rules of Taxation and the Act on Tax Administration Rules, which came into force from 2018. In the first article of our current two-part series we will focus on the rules surrounding the tax penalty and late payment interest, particularly, the conditional tax penalty allowance, which is the biggest change in Hungary compared to the former rules.

When can we expect a tax penalty?

A tax penalty may be levied after tax inspections when the Hungarian tax authority establishes a tax difference in its decision to the detriment of the taxpayer (basically it finds that the tax liability is higher than the amount declared by the taxpayer). In the case of a tax difference, a tax penalty can only be levied if it also qualifies as a tax shortfall. Pursuant to the new Act on Rules of Taxation, a tax difference established to the detriment of the taxpayer only qualifies as a tax shortfall in the case of self-assessment if the tax difference was not paid by the due date or if a budget grant was claimed. It is important that any overpayment as of the original due date can only be considered payment of the tax liability if such overpayment also prevailed on the start date of the inspection.

How much is the tax penalty?

Apart from the most severe cases of the above infringements, the tax authority in Hungary can weigh up the amount of a specific tax penalty. There is a slight change of approach here: a decrease in a the tax penalty used to be subject to the taxpayer having to prove they acted with the due care expected in the given situation; this is now only one of the consideration aspects specified in the law (the list is otherwise not exhaustive). Additionally, when mitigating a tax penalty or waiving it, the size of the tax shortfall as well as the circumstances under which it arose should also be considered along with the weight and frequency of the taxpayer’s unlawful behaviour (action or failure to act).

The most important new feature in the new Hungarian Act on Rules of Taxation is the conditional tax penalty allowance, which is related to levying the tax penalty. Essentially, if a taxpayer waives their right to appeal against a first-instance decision on a retrospective tax assessment, and pays the tax difference defined in the resolution by the due date, then 50% of the tax penalty is waived. This is clearly a significant allowance, yet will make it extremely difficult to decide whether it is worth lodging an appeal or not in a specific case. It should be noted that while the allowance rule looks simple at first sight, the details are important.

The tax experts of WTS Klient Hungary will happily assist you with any questions regarding tax penalties and deliberating on the possibilities for appeal. If authorised, we can take care of all the administration for you.